Posted by AVi on Jul 4, 2019 in Adoption, Business Models, Legisltation | Comments Off on 11 companies propose guiding principles for self-driving vehicles

KYLE [email protected]_L_WIGGERS JULY 2, 2019 7:00 AM This morning, a coalition of 11 companies — Aptiv, Audi, Baidu, BMW, Continental, Daimler, Fiat Chrysler Automobiles, Here, Infineon, Intel, and Volkswagen — published a whitepaper (“Safety First For Automated Driving”) describing a framework for the development, testing, and validation of “safe” autonomous vehicles. The members claim it’s the broadest representation across the industry to date, and they say that the report — which runs 146 pages — is the largest to offer “clear traceability”...

Posted by AVi on Jun 28, 2019 in Adoption, Business Models, Security, Technology | Comments Off on Apple’s Latest Acquisition Shows Self-Driving Cars Are in the Doldrums of Disappointment

×By DAVID Z. MORRIS June 27, 2019 Apple’s recent acquisition of autonomous vehicle startup Drive.ai throws a monkey wrench into the theory that it had backed away from an existing self-driving car initiative, known as Project Titan. Early this year, Apple laid off 190 Project Titan staffers, including more than 100 engineers. But now Apple is bring on more engineers from Drive.ai, along with the startup’s fleet of self-driving orange vans and, presumably, its patents and other intellectual property. On that basis, the...

Posted by AVi on Jun 24, 2019 in Adoption, Business Models | Comments Off on Demand in doubt for fully autonomous cars 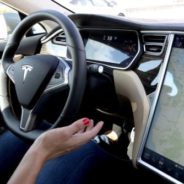 BY TAKAMITSU SAWA KIZUGAWA, KYOTO PREF. – At the June 2016 Paris Motor Show, one of the four major global auto exhibitions, Dieter Zetsche, CEO of Daimler AG, revealed the German automaker’s new strategy expressed by an acronym CASE. C stands for “connected,” meaning that the driver of a future car will be able to receive services from information networks by being connected with cloud computing networks; A for autonomous driving; S for “sharing and services” and E for electric vehicles. These four letters brilliantly summarize a...

TO BRING ON THE ROBOCARS, SCIENTISTS MUST UNDERSTAND HOW HUMANS RIDE

Posted by AVi on Jun 6, 2018 in Adoption, Business Models | Comments Off on TO BRING ON THE ROBOCARS, SCIENTISTS MUST UNDERSTAND HOW HUMANS RIDE 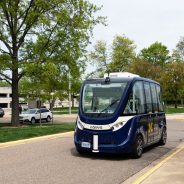 This article original submitted on wired.com WHAT DO YOU look like when you’re excited? How about a little nervous? Bored? Full-on freaked out? If you happen to hop on one of the two very special shuttles that are now running 1-mile loops around the University of Michigan’s North Campus, a bunch of people with fancy degrees may very soon find out. Those shuttles, you see, will drive themselves. And these researchers are affiliated with the University of Michigan, the marketing firm JD Power, and Navya, the French maker of autonomous vehicle...

Posted by AVi on May 7, 2018 in Adoption, Business Models, Transportation | Comments Off on BMW is working with LiDAR company Innoviz to make self-driving cars 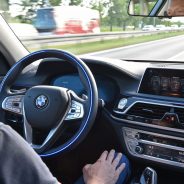 This article original submitted on techcrunch.com BMW has already made clear its intent to launch self-driving cars by 2021. Now, the automaker has decided on solid-state LiDAR (Light Detection and Ranging) sensors and computer vision tech from startup Innoviz to enable its Level 3 – 5 autonomous vehicles to “see” their surroundings. For clarity, level 3 involves highly automated driving, level four is highly automated while level five is entirely autonomous, which means a human couldn’t intervene even if they wanted to. LiDAR sensors, which...

Posted by AVi on May 7, 2018 in Adoption, Business Models, Vehicles | Comments Off on Volkswagen in talks to manage Didi fleet, co-develop self-driving cars 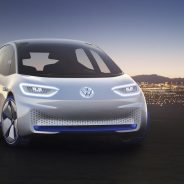 This article original submitted on reuters.com Volkswagen AG (VOWG_p.DE), the world’s biggest automaker, is in talks to form a joint venture with China’s Didi Chuxing to manage part of the ride-hailing company’s fleet of cars and help develop “purpose-built” vehicles for Didi’s services. As part of the deal between Volkswagen and China’s biggest ride-hailing service, expected to be signed early next month, the German automaker will initially manage a fleet of about 100,000 new vehicles for Didi, of which two-thirds will be Volkswagen Group...

Traditional automakers rank high in autonomous car ratings, with GM, Ford, Daimler, and Volkswagen in top five. This article original posted on designnews.com A new study names General Motors Co. and Waymo LLC as the leaders in the autonomous car race, while placing highly touted competitors such as Tesla Inc. and Apple Inc. at the back of the pack. The study, published by Navigant Research, cited General Motors and Waymo (formerly known as the Google self-driving car project) for its efforts to move autonomous cars closer to production....

Posted by AVi on Feb 15, 2018 in Adoption, Business Models, Transportation | Comments Off on Autonomous vehicles will radically change our society 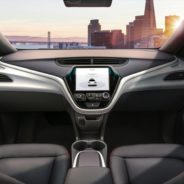 This article orginal posted on digitaljournal.com   While it is still not clear how long it will take, electric cars, robo taxis, and self-driving trucks are bound to radically alter our society, perhaps sooner than we think.     Tests of driverless cars are already taking place Carlos Ghosn CEO of the Renault Nissan Alliance claims that driverless or fully autonomous cars will be in use everywhere within six years. If such a quick transition takes places it would do more than change just the automobile industry but change our...

Uber self-driving cars: everything you need to know

Posted by AVi on Feb 8, 2018 in Business Models, Services, Transportation, Vehicles | Comments Off on Uber self-driving cars: everything you need to know 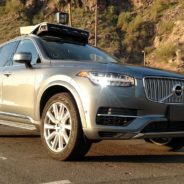 This article original posted on techradar.com An uneasy mix of innovation and controversy Uber started out as a service that was as appealing to potential drivers as it was to urban passengers weary of cabs: with your own car and some spare time, you could make some cash by ferrying folks to where they needed to go. Lately, though, Uber has set its sights on replacing human drivers through its self-driving car program. Few other firms have embraced this initiative with as much zeal and resources, and the San Francisco-based company had... 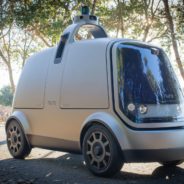 This article original posted on theverge.com A new startup that proposes a different spin on autonomous transportation came out of stealth today. The company, called Nuro, was founded by two former lead Google engineers who worked on the famed self-driving car project. Unlike the plethora of self-driving startups out there, Nuro isn’t focused on reconfiguring robot taxis or autonomous trucks, but on designing a new type of vehicle altogether. Nuro is focused on deliveries, specifically the kind that are low-speed, local, and last-mile:...