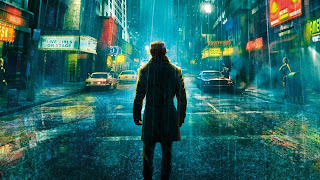 We live here on this Earth, in the world of individual ”Selves.” We dwell in the empire of seven billion separate and isolated Egoes, and in the domain of the Ego we tend to forget about the Miracle of Consciousness. The Ego only pursues its own dreams and ambitions, and so it very often embitters our life.

We must face reality: there is a tyrannic ”small ego” in everybody’s head, and this small ego keeps grumbling and complaining all the time. It is a dissatisfied, possessive small ego that often makes our life a misery. It is for certain that this small ego–or, more precisely, what we believe is our Self, our Ego–coiled up tightly in the back of our mind, is responsible for a tremendous amount of senseless and unnecessary suffering and destruction in the history of mankind.

The Birth of the Ego

The Ego, as the organizing and controlling centre of our personality, is responsible for creating a balance between the individuals and their environment. In these efforts, Ego is assisted by two other components of our personality: Persona (that is, the ”role personality”) and the Shadow. These two components fulfill a protective function, as Persona screens potentially harmful effects from the external world, whereas the Shadow does the same with threats arising from the unconscious. These components together constitute the identity of the person.

A baby does not yet have a personality, an Ego, an identity separate from their mother. For a baby, the world is a mixture of tastes, voices, colours, forms and impressions, the elements of which are indiscernible. There is no Self and non-Self, a baby still lives in an unconscious unity. As a consequence of urging bodily needs to be satisfied and unavoidable clashes with the external world, with ”reality,” the harmony between the baby and the outside world will be disrupted. The baby learns to walk, and the world opens up for them. They learn to speak, which will open up social life. In this way, the baby will be gradually detached from the mother, and a separate ”Self”emerges in them, and the Ego is thus born.

With the acquisition of the ability of speech, the child increasingly identifies with their name.  "Little Stevie is hungry!"–the child says, and gradually learns the concept of ”me” and ”mine.” The child is increasingly convinced that the more they possess and the more often they assert their own will, the stronger their own personality will be. That is how the Ego emerges, the attention turns away from the Miracle and the Consciousness submerges into that dream. The world is becoming larger and larger for the child, they possess more and more, and the Ego grows and becomes stronger. Then follows the kindergarten age, when the child learns to play and assume roles, thus shaping and developing the Persona, that is, the role personality, creating the beginnings of the masks they are going to wear later.

In the unconscious, the Shadow is being formed in parallel with the masks. The patterns of behaviour rejected by the adults in the child’s environment will sink into subconscious, as these patterns are in opposition to the role and mask of the ”good child.” That is how the methods of unconscious operation of the Ego take shape.

The Rise of the Ego

When the child gets to school, they learn more and more–often unconsciously–from the adults, from parents, teachers, and unquestioningly accepts everything told them by the grown-up people that the child considers omniscient.

When the child grows and becomes older, they fully identify with their ideas, name and gender, with the masks they have acquired, their qualifications, titles, job and property, learns stories, and their personal life story will be a part of their Ego, increasing the content of that Ego.

The Ego identifies with the human being, a ”special species” that has privileges on Earth where all creatures live, and humans are destined to rule over all other creatures. They want to conquer and subdue nature, then they are alienated and separated from nature, though they should be an organic and inseparable part of it–in fact, identical with it.

Ego (which is but a mental production, a system of beliefs) confronts the deep-rooted, natural program of life, instincts, emotional warning signs, and chases them away, replacing them with neurosis, stress and a burnt-out state. What is more, in certain cases it is even able to destroy the individual in a variety of ways. It also confronts the external world ("Let us conquer Earth!"), the extermination of species, violence, wars and ecological disasters show the path of man on Earth. Terrorists, religious fundamentalists, nations fighting wars of conquests, power maniac politicians and uninhibited business people–they are all representatives of the overgrown Ego. Our entire culture and civilization rest upon the selfish and possessive Ego and, as the Ego created the institutions of society, these institutions are also the expressions of the Ego.

The Downfall of the Ego

The social and ecological crises that threaten mankind and our Earth force us to make a choice. We must reach beyond our Ego-dominated mind programs, because if we fail to do that, we will eventually destroy ourselves and a large part of the world!

The Ego must therefore fall, as it is against the evolutionary development of the Consciousness. The downfall of the Ego may take place in two ways: a beautiful, dignified way or a painful one, full of suffering. But both ways will take us to the same goal: the Miracle, theawakening Consciousness.

We are very well acquainted with the journey full of pain. A basic aspiration of every Ego is growth, to become larger, stronger and more solid in the world of forms and shapes. It wants to posses more, to get higher and higher in the hierarchic structure of the world, and it wants to conquer a larger and larger territory. Under the spell of the forms and shapes, the Ego devotes all its energy to make the forms constant, disregarding the only constant law of the forms and shapes: every form is transient, and everything is subject to birth and death.

The Ego intends to elevate the forms (including its own form) to eternity, which is impossible. This intention of the Ego will be the source of all sufferings, because its world of forms and shapes shall collapse like a sandcastle after a while, until death snatches away the last of the forms: its body from it. It came empty-handed from Nothing, and that is how it is going to return there. The only treasure it could take along with it is its wakefulness, but the Ego considers that worthless in the world of forms and shapes, as it was not a means of increasing the tyrannical power the Ego.

The better, more attractive way leading to the re-discovery of the Miracle, begins around the middle of the human life, when the individual, under the effects of their experience, tends to recognize the operating mechanisms of the Ego and realizes how tyrannical the Ego is. The person then turns away from forms and shapes towards transcendental world, free of forms. That is what one of the most famous psychologist, Carl Gustav Jung, called the spiritual birth of man.

That spiritual birth starts with the recognition that most people only make in articulo mortis: that turning away from the Miracle and identification with the forms and shapes is the reason for all our sufferings. A person making that recognition gradually gives up their identification with the forms and shapes, and steps back from the whirling of the world into a more quiet area. In this way they will be more alert to themselves and their environment. The clear sky of Consciousness will be contaminated by fewer and fewer clouds, giving way to the return to the Miracle of Consciousness.

The spiritual ”newborn” in the pure state of consciousness, in meditation, in the wakeful state of focusing on itself, seeks and searches that complaining and arrogant, constantly chatting Ego in its mind, but finds it nowhere. The individual penetrates all the way to the source of that voice, but when they attempt to grab it, it slips away and vanishes.

The internal monologue, the voice of Ego stops and disappears, it is lost into No-thingness, and the person experiences that there is not other ”Self” but the Consciousness. The individual will then realize that the only natural remedy against the paranoid overgrowing of the Ego is wakefulness and attention.

This is the beginning of a life of different quality: experiencing the Miracle, which is salvation for the entire mankind. First as pre-historic people we recognized our bodily needs, in the Middle Ages we experienced extreme emotions, in the modern age we worship the power of the mind, and now we are on the threshold of a new period in evolution. We recognize that beyond the realm of sensations, emotions and thoughts there is a wakeful, attentive, loving, conscious, factual ”something”–and that ”Something,” that Miracle is me. That is how the human race, waking to Consciousness from the dream of the Ego, is born again.

From the new book:  3 Stages in the Evolution of the Human Spirit EGO – ALERTNESS – CONSCIOUSNESS byFrank M Wanderer

You can republish our articles for free, but please include the author's name and a link to our homepage (www.frankmwanderer.com)

Frank M. Wanderer Ph.D is a professor of psychology, a consciousness researcher and writer.

You Can Help the Author!

1. Buy my books at Amazon.com and read it!

2. Write a short review. A few kind words helps me a lot.
3. Buy me a Coffee! Support me to continue writing more posts - buy me a Coffee as a thank you via Paypal!

Frank is also the author of the following books:

He has contributed to a few different spiritual websites including

Watch this video too!