Beijing Olympian is an ongoing column in which we explore the newest, the funnest, and the downright whackiest in Beijing’s fitness scene.

If references to squash on the Showtime television show Billions are any hint, the sport is oft associated with affluence – corporate executives heading to the indoor courts on their lunch break to smash a few shots before returning to work. But despite their name, Beijing’s Elite Squash Academy (ESA), is trying hard to build a squash community that is open and inclusive to everybody.

“There are no excuses when you’re around me,” says coach Gabriel Olajide. “If they don’t have something, I will provide them for them. I have extra racquets. I have spare shoes, socks, pants, T-shirts.”

Olajide first began playing squash in Nigeria as a child and it remains his passion to this day. He and the club‘s other organizers continuously make sacrifices for the love of the sport and for the sake of the community, and any given Sunday morning, you will see him dashing between the courts at Lido Country Club giving encouragement to as many players as he can. He even regularly gives free lessons to interested players, even though booking the court costs money. 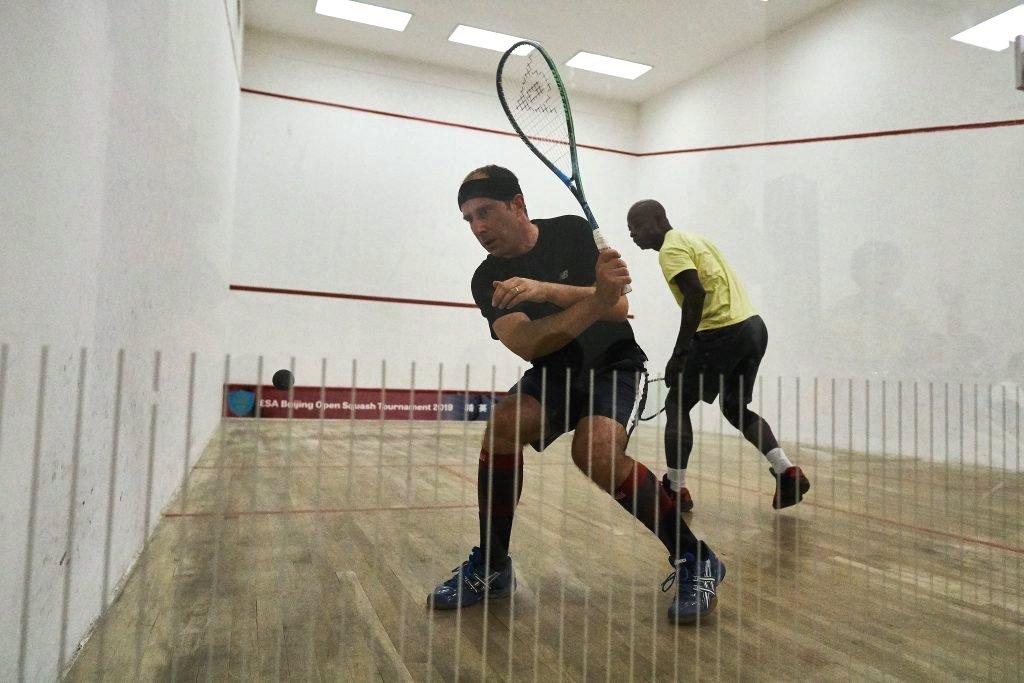 It has been a long road to get people in Beijing interested because here, people traditionally associated racquets sports with tennis, and find the lack of net surprising. "The sport was new to them, and they felt quite confined in these four walls," Olajide recalls. Things are picking up now though, and the club is even promoting squash in schools, which can sometimes result in the whole family swinging at rubber balls. They also hold a variety of events and tournaments every year, such as the Lady’s Squashout and a squash winter training camp. People feel welcomed when they get involved with the club, and bonds are formed on the court and off, as sweaty Sunday sessions are often followed by lunch and drinks at Eudora Station across the street.

Not just "tennis with different balls"

Squash is played with two opponents armed with racquets hitting a rubber ball against the walls of a small, four-walled court (squash is not to be confused with racquetball, which also meets this description but uses larger racquets and balls and slightly different rules). The ball is served without a bounce to the front wall and back to the opponent, and then players take turns bouncing it off of any of the walls below a demarcated line. As play continues, the ball literally warms up and becomes more and more bouncy with the heat.

For players coming from other racquet sports, adjusting to these four walls can be difficult. Local player Ambrose Chiu was more of a tennis player when living in his hometown of Hong Kong, but in Beijing his focus as switched to squash. "It’s a totally different game. I approached it with the mindset that it was going to be tennis but with different balls, but it totally isn’t."

Olajide explains that muscle memory can be hard to relearn for former tennis players. “With tennis, you move the racquet in a semicircle to climb the net, but in squash, you wouldn’t do that. You really need to keep the ball up and flat and straight.” Players also do not alternate their grip as much because the ball moves around much quicker than in tennis or badminton.

He also emphasizes that everyone brings their own strengths to the game. Whether your body is fit for power or control, you can find a way to use that to your advantage, and you can find a racquet that is right for the style of play.

An anytime sport, a social sport

You will not find any squash courts out in the city’s parks, because it is exclusively an indoor sport. That confinement has its advantages, however. “It’s an all-weather sport,” says Chiu, “so you don’t have to worry about booking a court, or rain, and then AQI 320. So, in China in particular, it’s good.” Once again: no excuses.

While squash is a fun way to stay fit year-round for some, others see it as an overall learning experience. In addition to enhancing their understanding of physics, some players told the Beijinger that even this non-team sport has taught them valuable social lessons; positioning yourself in the court is as much about keeping your opponent and yourself safe as it is about getting a competitive edge. That said, the one-on-one play is conducive to self-improvement. “You are always competing against yourself,” says Olajide.

That is the mindset that motivates the club to take part in the global movement to get more people playing squash. Come the World Squash Day held every Oct 12, the ESA may be a small part of the annual effort to recruit 100,000 new players around the world, but they are the only club in all of China to participate. The club hopes that the squash racquet will soon find its way into hands and hearts in this country, just as the racquets of badminton and table tennis have done.

To learn more, visit the Elite Squash Academy website here, or scan the QR code below: 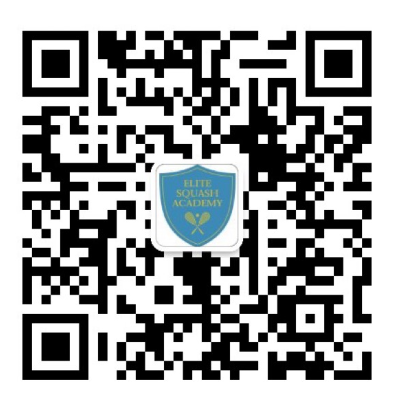 Do you have a niche fitness hobby that needs recognition? Write to us [email protected] to arrange an interview!